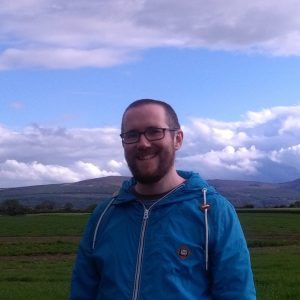 Alan Meaney has had a distinct career as a storyteller working in sound. He works as an independent radio and podcast producer, presenter and trainer and he is also an accomplished sound recordist, designer and editor.   Alan is fascinated by sound, and is open to collaborating on new audio projects.

Alan has worked as Studio Coordinator at RTE.  Here he worked for RTE JR (Winner Radio Station of Year 2016 Celtic Media Awards) and Documentary on One in both editorial and operational roles.

He was the production manager for Galway’s Flirt FM for 3 years and continues to produce and present Grounded a weekly music show for the station. He was head of production at Athlone Community Radio for 5 years. He was membership officer for AIRPI – Association of Independent Radio Producers Ireland for 3 years.

Alan can produce podcasts for your event, business or organisation., including:

He can edit your podcast including:

His RTE series Pod Only Knows focused on podcast makers from Ireland, the UK and the US.  He is editor of the excellent Irish Passport Podcast which explores Irish culture, history and politics.  He was the sound designer and editor on NUIG’s podcast series Other: Stories from the Tuam Mother and Baby Homes.

Alan is a certified QQI accredited trainer and has designed and implemented specific training courses for staff, volunteers and community groups. He is available to provide training courses to individuals or groups in podcasting, sound recording and editing, social media and preparation for media interviews.

Alan has previously created sound design and composed music for theatre and has worked in the film & television fields. He can design compelling ambience, sound effects, VO and dialogue for your short film, play, animation, exhibition or computer game.

Alan has received Sound & Vision funding from the BAI over thirty times in 9 years for various different projects.   He is available as a consultant for advice on Sound & Vision, Arts Council, Culture Ireland and other funding applications.