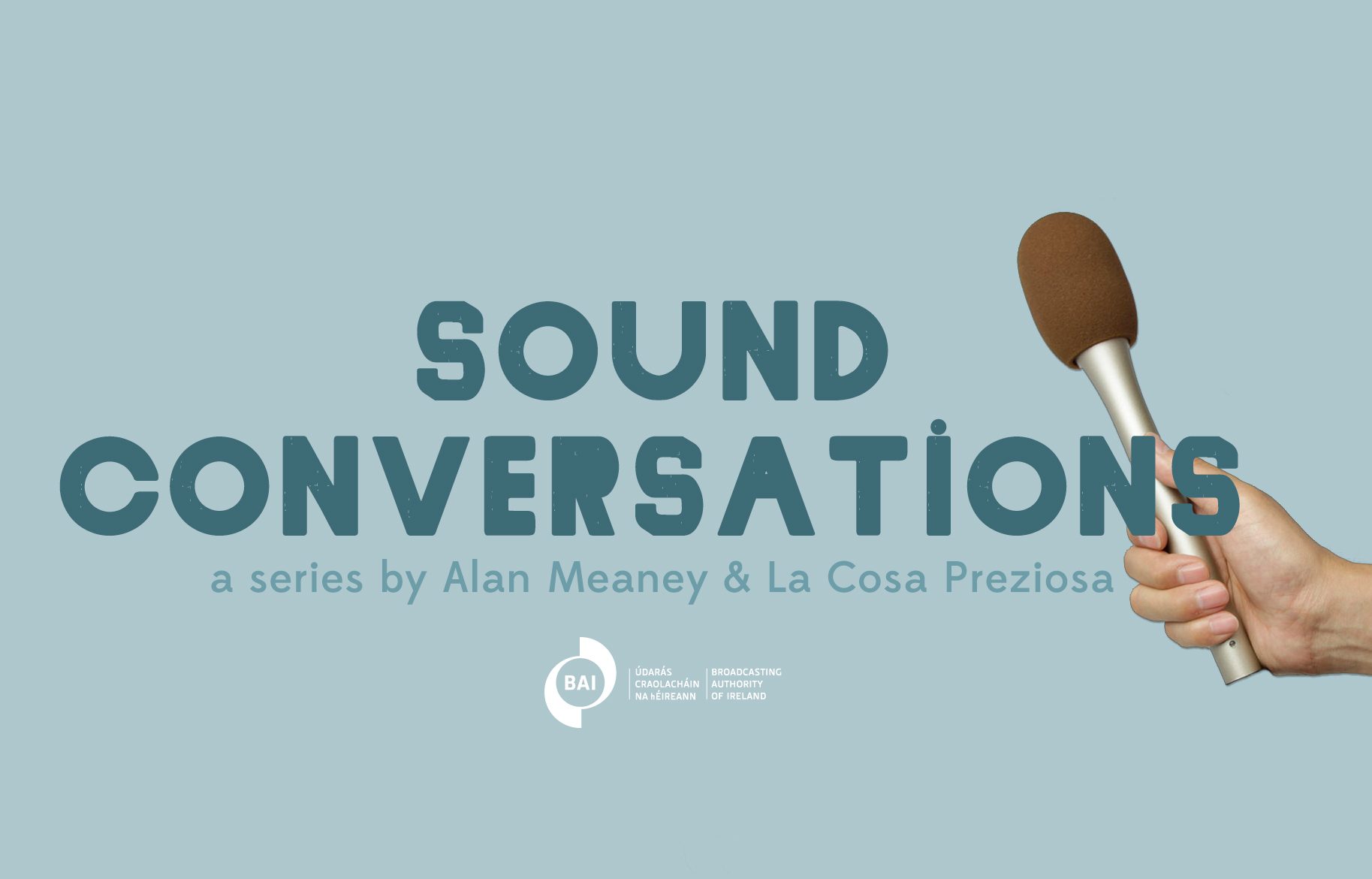 Sound Conversations is a short radio documentary series, showcasing the work and creative inspiration of fifteen of Ireland’s most exciting sound practitioners across a wide spectrum of audio disciplines – including sound art, poetry, sound therapy, broadcasting and sound design amongst others.

In a short chat with presenter La Cosa Preziosa, participants discuss their inspirations and work in sound. Each interview is recorded on location chosen by the interviewee and takes its cues from the sounds in this location.

The series was made by producer Alan Meaney and Sound Artist La Cosa Preziosa.

It is funded by the BAI with the television licence fee.

Episode 13 – Mairead O’Connor.  (Radio producer).  We walk around People’s Park in Limerick City and discuss her move from education to radio and her award winning work with Grey Heron Media.

Episode 15 – Anthony Kelly & David Stalling.  The Sound Artists discuss the nature of collaboration, how sound creativity can be inspired by childhood, and more.

You can listen back to all episodes on https://www.mixcloud.com/AlanMeaney/playlists/sound-conversations/